Aglow is a lovely young mare with a superb temperament and bred to jump!

Aglow is an exceptional sport horse purpose bred for a jumping career. She is currently just starting her ridden career, having been professionally started under saddle by Ohukia Lodge in May 2019.

This year Glasgow van ‘t Merelsnest has shown that he is one of the world’s best jumping horses. With Jur Vrieling he performed robustly winning the Grand Prix of Rome and the Helsinki World Cup. The absolute highlight was the victory with the Dutch team in the Longines Nations Cup final of Barcelona.

Glow’s sire is an exceptional and interestingly bred stallion. Sire Nabab de Rêve and grand sire Darco have both had successful careers in Grand Prix Jumping competitions to include World Cups and World Championships. He has a superlative dam line. Mother Wendelina competed herself at international Grand Prix level with Marc van Dijk, and she is the full sister of the phenomenal Sapphire who won Olympic Gold twice with the American team and many Grand Prix wins at Calgary and Wellington.

Glow is out of a performance jumping mare named Scoota bred by Merran Hain. Scoota jumped to 1.20m is by Piper Hill (a TB stallion who was used extensively by Merrin Hain). Piper Hill has sired 2 World Cup jumpers.

Glow is great to handle, and is proving to be a lovely horse to train.

Note that this stud is registered for GST, therefore GST (15% NZ) will be payable at fall of hammer.

This Stud is registered for GST. Vet report available on request. 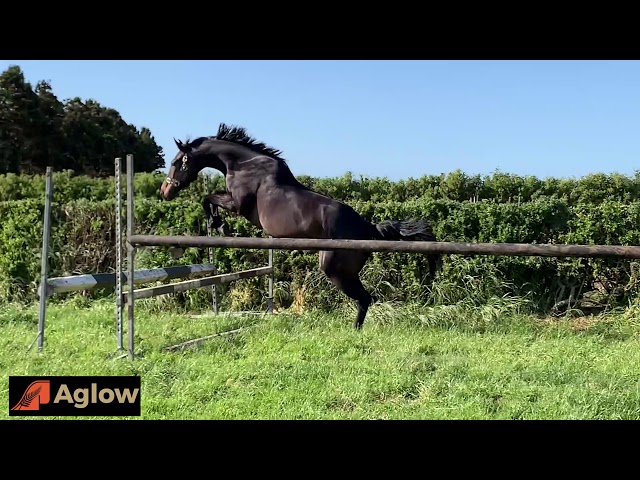