Dangermouse is a stunning black colt with superior movement and a temperament to impress!

Dangermouse is a stunning prospect for the discerning rider looking for their next star!

Sired by the outstanding International Grand Prix dressage superstar Dante Weltino (Danone I/De Niro/Weltmeyer), who was 1st Reserve Champion of the 2009 Oldenburg licensing in Vechta, Dangermouse’s sire fulfilled his performance requirements in 2012 by qualifying for the Bundeschampionat in the class for five-year old dressage horses, and was approved for breeding that year by the Hanovarian Verband.  He then went on to compete at Grand Prix consistently scoring over 70% and was selected for the Olympic games sadly unable to compete due to injury.

Dangermouse’s Dam is EBL Posh not only a beautiful well performed showing and dressage mare but also a granddaughter of the mighty world renowned ‘Rubinstein’ who needs no introduction in dressage circles.

Dangermouse, known by his rapidly growing fan base as “Jett”, has a taste for the limelight. He has several in hand champion and/or supreme champion titles to his name, proving the stage is set for this impressive young colt as he prepares to embark on his ridden competition career.

Dangermouse has been WFFS tested negative, is well handled, a dream to catch, trim feet and float.  His impeccable bloodlines were chosen to compliment each other, for rideability and temperament, although mainly dressage bloodlines with his athleticism Dangermouse is a great type to perform in any discipline.

Note that this stud is NOT registered for GST, therefore no GST will be payable at fall of hammer 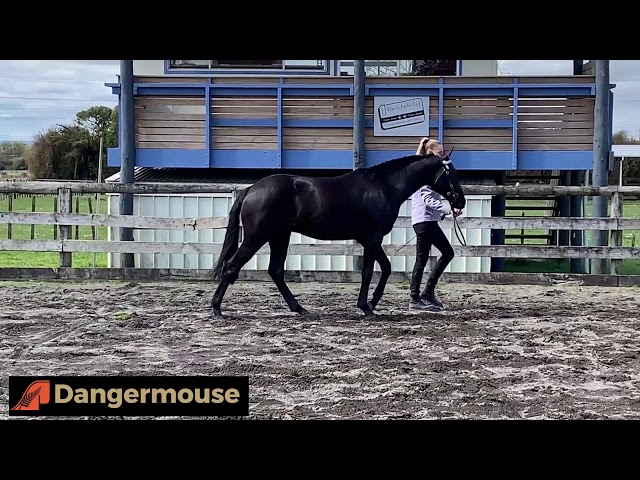